﻿The major commissions in Victoria BC have been with St. Andrew's Catholic Cathedral and St. Joseph the Worker church.
* The Holy Family Icon is the largest written by the Iconographer (84"x60") and it is an original design,
was commissioned in 2007.
* The Calling of Sts Peter and Andrew (42"x38") was commissioned in 2008 to commemorate
Bishop Richard Gagnon's 25th Anniversary.
* The two icons for St. Joseph's parish are each 54"x40" wood panels written in acrylic with 22K gold.
The St. Joseph icon was based on an earlier icons design by the Iconographer and was written in 2007.
The Theotokos icon was written in 2009.﻿ 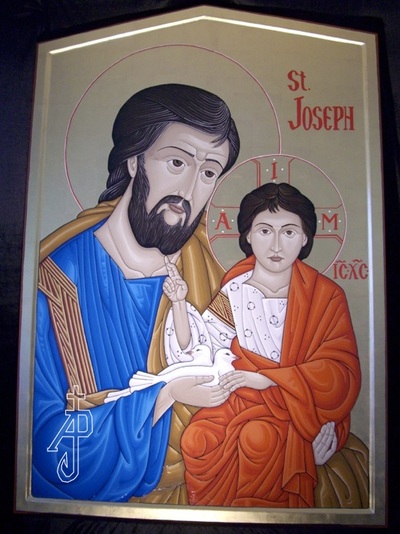 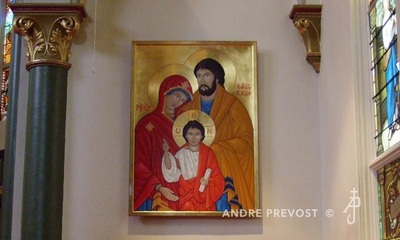 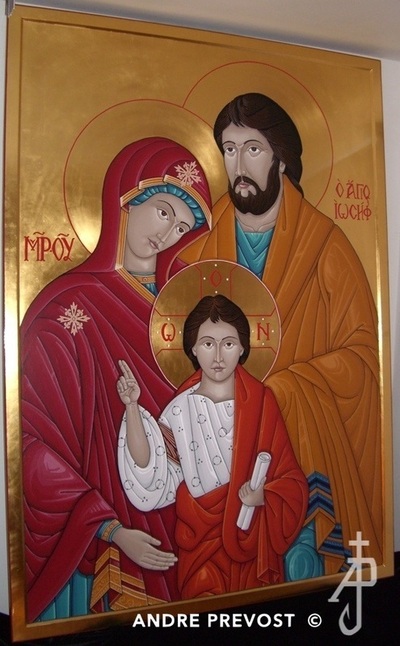 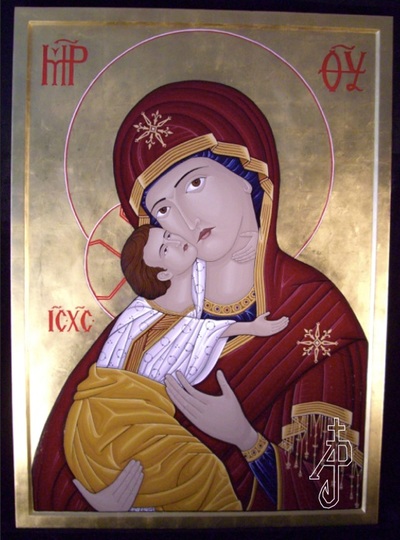 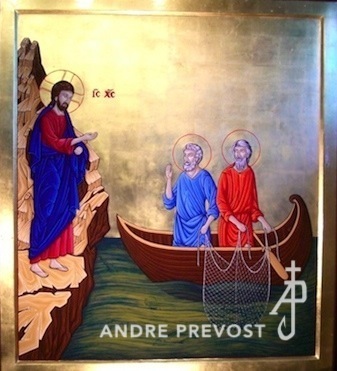 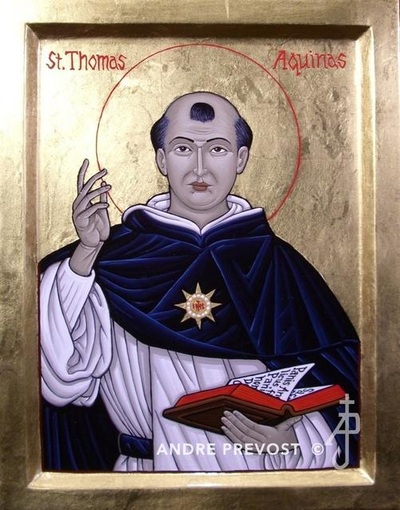 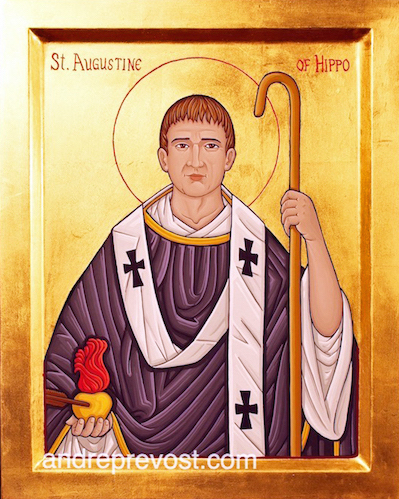 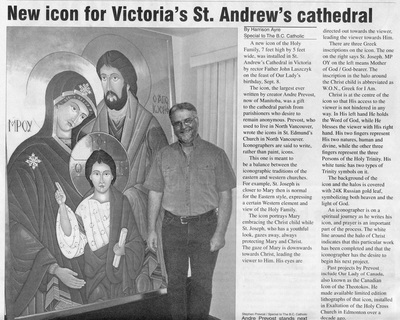 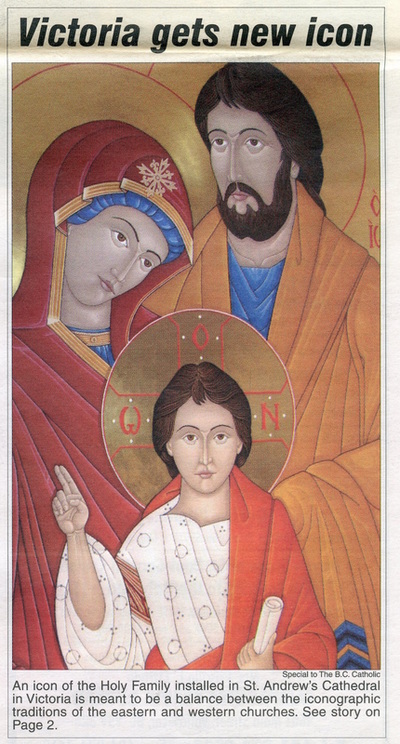